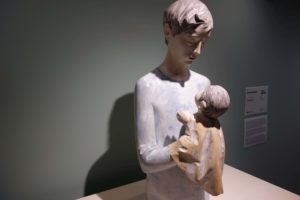 Seems to me… that for most of Jesus’ public life he spoke in riddles— and did things that pointed to himself as the Answer.

For those who read (past tense) the Scriptures in a way that gave themselves annual atonement— while seeing the rest of the world as destined for judgment—Jesus talked and lived outside the lines of the way they connected the dots.

But in the end, He showed that he would rather die like a criminal outside the walls of their vision of his Father, rather than conform to the rules of their hypocrisy.

Until the end of his public life, He read the Scriptures like a mystery that would only be solved in a way that even his own disciples could not accept.

Only after dying, rising, and ascending to the throne of his Father as the new Adam— could He be declared the hope of all Creation and, for now— especially so, for those who believe.

And yet, even in the writings that followed, apart from confidence in Jesus’ love for all, the riddles of Scripture remain (present tense) deadlocked– not in a fight for the Bible, or for its witness to the Living Word— but for the interpretation of its inspired written words.

« Previous: In a Divided World
Vote on whether you think this post is something you'll be thinking about: