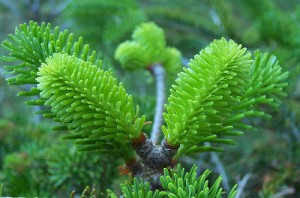 How long will it be before newspapers of the world announce that a team of scientists has discovered the chemical formula of life?

Will they be beaten to the starting line by another group that discovers the mysterious subatomic factor that keeps even non-living matter from self-destructing?

As Iranian scientists try to replicate the technology of a downed drone, just imagine how many minds must be trying to reverse analyze something as basic as life itself.

But is there is a non-material presence, even in the life of a Christmas tree, that does not reduce to chemical interactions? Could there be a spirituality– even beyond life– at the subatomic heart of matter– that continues to mystify scientists who are presently chasing something called the Higgs Boson particle (media has dubbed it the God particle) thought by some to explain what gives mass to matter and holds it together?

Most importantly, could the One whose birth we are once again celebrating with lights and gifts be the One that the “wise men” of science are really looking for without realizing it?

As for the spirituality of life itself, the Gospel writer John begins his record of Jesus birth (John 1:14) by echoing the first words of Genesis (John 1:1-3), and by introducing his readers to the One who is the Source of all life (John 1:4).

When it comes to the mystery of even “non-living” matter, the Apostle Paul describes the same Son as the One who not only created all that exists, but continues to hold it all together (Col 1:16-17).

Could there be a wonder in the lights, gifts, and trees of Christmas that we have barely begun to see?

P.S. For reflective articles that remind us all year long of the One behind the wonder of creation, I hope you’re following the thoughts and amblings of Dean Ohlman.

« Previous: Infinitely Interpreted? Next: Joy to the World »
Vote on whether you think this post is something you'll be thinking about: