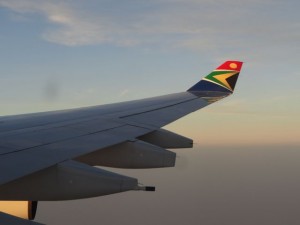 After a couple of days of traveling I’ve joined a wonderful group of co-workers in South Africa. Will be learning a lot from them in the next few days.

Have found that my host here has the kind of wireless access that allows me to call home with the sound of being “next door”. This also should allow me to stay in touch with you.

Until I have the time to put something different on the table, I’m going to ask you to interact a bit more with some additional thoughts on what it means to have a personal relationship with God.

One of my concerns in this ongoing conversation is that we find a way of making what we have in Christ understandable to those who think that we are claiming to have with God the kind of phone, wireless, or e-mail connection that we have with others.

So I wish you would see which  of the following thoughts do or don’t work in clarifying  the kind of relationship with God many of us have come to experience.

How can the Bible be read as God’s personal words to us even though it was addressed to others living in different times and circumstances?

4. Interaction of personality and character

Is it possible that, even though none of the Scriptures were written to us, they were all written for us (2Tim 3:16)?

One thing we learn from both nature and the Bible is that God is infinitely creative. Each of the stories of the Bible is remarkably different. Every person walks a fresh and unrepeatable path. God never becomes predictable.

Yet from Adam to Mary, Paul, and Peter, certain unchanging ideas emerge.

One of those revelations is that, in every generation, the God of creation wants to be known (Psalm 19). By what he has made, sustained, and revealed through his interactions with others, the God of the Bible shows his heart and personality (Psa 34:8). From one generation to the next, the God of the Bible shows himself to be true, loving, good, and faithful. In good times and bad, the same God asks hurting men and women to believe his offer to forgive their wrongs, to speak light into their darkness, to bring order out of chaos, and to replace personal barrenness with a joyful harvest.

In the process, he invites everyone, everywhere to personally respond to whatever they have learned about him. What he doesn’t do, though, is promise to respond audibly to those who pray to him. Neither does he allow himself to be predictable. Even though he promises to be working for the good of all who trust him, he does so in ways that call for trust rather than presumption (Rom 11:33).

How can talking to God without getting an audible response from him qualify as a personal relationship?

Many who claim a personal relationship with heaven say that God does personally respond to their prayers. Some weigh the impressions that come to their mind after prayer or during meditation, and embrace those thoughts that resonate with what they believe the God of the Bible is saying to them. Others look for words of the Bible that seem to speak specifically to what they are asking of God. Still others reflect on Scripture, their thoughts, and any indications of what they think God is saying through circumstance, or conversations with others.

Few claim to hear God speak audibly. Those who do may need to be taken seriously and watched carefully.  The New Testament Apostle Paul counseled his readers in Thessalonica not to put out the fire of the Holy Spirit, nor to automatically ignore those who claim to speak for God, but rather to test everything that was said (1Thess 5:19-21).

That those who claim to have heard from God can be tested suggests that, up to a point, the standards by which we can recognize the ways of the Holy Spirit are understandable (Gal 5:22-23). With certainty we can know that in any given circumstance he wants to help us act with grace, faith, hope, and love.

The mystery of the Spirit, however, comes in the ways an unseen God personally interacts with the expressed desires of our hearts. Even if we aren’t that familiar with the Bible, we might not be surprised to hear one of its prophets say, “As the heavens are higher than the earth, so are my ways higher than your ways, and my thoughts than your thoughts” (Isa 55:9).

« Previous: How “Knowing God” Could Sound Proud Next: Worlds Apart »
Vote on whether you think this post is something you'll be thinking about: