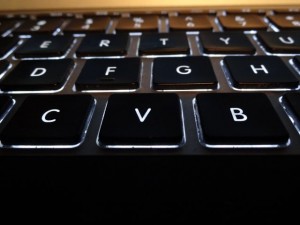 In a comment on riddle-like proverbs that can be turned around in our minds and looked at from many directions,  SteveWV yesterday posted at 7:20a.m. a poem called The Elephant and the Blind Men. It ends like this:

And so these men of Indostan
Disputed loud and long,
Each in his own opinion
Exceeding stiff and strong,
Though each was partly in the right,
And all were in the wrong!

This verse has often been used to say that all religions are merely describing, in their own limited ways, some perspective on the great Source and unseen Mystery of Life. Am guessing that SteveWV may be suggesting that it can also be used to illustrate how the Bible can be misunderstood.

I sat yesterday in a Bible study in which Bill Crowder of our staff described how Jesus gave personal attention and a healing touch to a blind man of the lake shore community of Bethsaida (Mark 8:22-26). Bill went on to show how immediately after that event, Mark goes on to say that Jesus took his disciples to the north and on the way asked them two questions: (1) Who do people say that I am? and (2) who do you say that I am? (Mark 8:27-30). Here the Teacher seems to address a different kind of vision and blindness.

Peter’s answer, followed by an affirmation, is as amazing as what Jesus said would soon happen (Mark 8:31).

By the time the predicted events played out, Jesus’ disciples began to understand something similar to the words in The Elephant and the Blind Men verse quoted above. Prior to the coming of the Son of God into the world, words of Scripture could be quoted without an understanding of how they related to the great unseen God that everyone (people of all religions) keeps touching and bumping into (Acts 17:22-28).

Even the proverb that we’ve been talking about (Prov 10:3) finds fulness  of meaning only in the One who has put a face on the invisible God; while becoming the ‘bread and wine,” the Savior, Provider, and Protector of all who find forgiveness, mercy, and sight in his touch.

« Previous: What is This Proverb Saying? Next: Why Would a Good God Allow Such Suffering? »
Vote on whether you think this post is something you'll be thinking about: