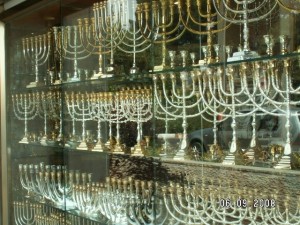 Tragic events, as we’ve witnessed in the bombings of this week’s Boston Marathon, have a way of showcasing the worst and the best of our shared humanity. Even as we shudder at the thought of how people like us could deliberately carry out acts of murder and mayhem against strangers, we hear of the courageous acts of those who step out of the crowd to show courage, kindness, and hospitality to those they only know as fellow human beings.

Such acts of honor and goodness are not limited to those who do or don’t believe in God, and certainly not to members of our own sect, denomination, or religion.

No group or social network has a monopoly on  goodness or evil.

So in that light, we come back to a question that haunts followers of Christ. While believing that there is no better person, love, or God than we see in our Savior, what is there about ourselves that would make others want him– for themselves?

Once again an ancient letter has captured my imagination. Almost as old as the New Testament letters of Paul, a 2nd century document known as A Letter of Mathetes (disciple) to Diognetus has given me so much to think about.

In the freshness of modern translation this letter attempts to explain the distinct and noteworthy marks of followers of Christ. According to an excerpt of from the “5th chapter” of this letter, Mathetes writes,

Christians are distinguished from other men neither by country, nor language, nor the customs which they observe. For they neither inhabit cities of their own, nor employ a peculiar form of speech, nor lead a life which is marked out by any singularity…

They dwell in their own countries, but simply as sojourners. As citizens, they share in all things with others, and yet endure all things as if foreigners. Every foreign land is to them as their native country, and every land of their birth as a land of strangers.

They pass their days on earth, but they are citizens of heaven. They obey the prescribed laws, and at the same time surpass the laws by their lives. They love all men, and are persecuted by all.

They are unknown and condemned; they are put to death, and restored to life. They are poor, yet make many rich; they are in lack of all things, and yet abound in all; they are dishonored, and yet in their very dishonor are glorified. They are evil spoken of, and yet are justified; they are reviled, and bless; they are insulted, and repay the insult with honor; they do good, yet are punished as evil-doers. When punished, they rejoice as if quickened into life; they are assailed by the Jews as foreigners, and are persecuted by the Greeks; yet those who hate them are unable to assign any reason for their hatred.” (End of excerpt)…

While having no desire to be persecuted, or deprived of the comforts and conveniences of modern life, there’s something about this description of early followers that seems so compelling… and so noteworthy…

« Previous: In Our Search for Answers Next: Hedges, Fences and Walls »
Vote on whether you think this post is something you'll be thinking about: