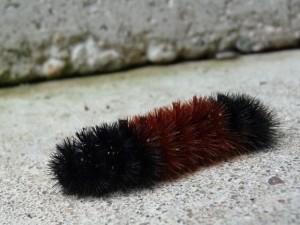 Genesis tells about a God who spoke into existence insects and everything else that we see and sense (Gen 1:24).

This God says the word. Something comes out of nothing. Light pushes back the darkness. Order emerges out of chaos (Gen 1:1-3).

In the resulting paradise God begins sharing his life with children bearing a resemblance to himself.

Later, a first century letter to Jewish followers of the Word offered a third telling.  According to the author to the Hebrews, the God who often spoke to our ancestors through prophets, at many times, and in different ways, has now spoken to us by his Son. This Son is destined to receive legal rights to everything he has made. He will be the rightful heir of “all things” not only because by him “all things” have been made, and sustained, but because he has done what was necessary to purify what he has spoken into existence (Heb 3:1-3).

Hearing this, the insects– who can’t imagine what all of this could possibly have  to do with them, or us, say, “So what?”

I’m stuck. Help me come up with an answer for the insects… and for us when we feel like insects… in a big, dangerous world. :)

« Previous: Like a Snake Next: The View from There »
Vote on whether you think this post is something you'll be thinking about: