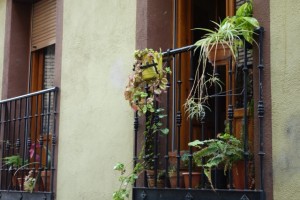 When I began the last post saying, “Some of us have been around long enough to see that the Bible we treasure has been used to multiply the pain of racial minorities, women, the poor, the mentally ill, the divorced, abused, addicted, unemployed, and prisoners” I was writing from my heart, and from personal experience.

I wrote because there are people who mean more to me than life itself who have experienced the secret agony of growing up with same sex desires. It’s not my place to give their names or to tell their story.

Neither is it my place to disagree with the Bible.

What matters to me is that in the ongoing social and spiritual debate, too many of us have been saying more (and less) than we know about the Bible, about God, and about those for whom this is an intensely personal matter.

Is it really necessary to say that, according to the Bible, same sex behavior is worse than our own sins even though the Bible calls many of the sins we all commit “an abomination.” (Prov 6:16-19)

Is it our place to say that that hurricanes, tornadoes, and economic downturn are God’s judgment on us because of the growing acceptance of same sex sin? We’ve all heard that said, and yet the prophet Ezekiel said that the violent same sex behavior of Sodom was not the only reason God’s judgment fell (Ezekiel 16:49-50).

Is it  true that persons in same sex relationships are not going to heaven even if they believe in Jesus? Doesn’t the Bible show that what matters most is what we think of the One who showed how much God cares and sacrificed for all of us, and those we love (John 3:16-18)?

If the Bible that began with Genesis ended with Moses, we’d all be in trouble. Similarly if Paul’s letter to the Romans ended with some of what he wrote in chapter 1 there would be no hope for any of us.

Thankfully, Paul went on to say far more in that letter and in others (Romans 2:1). He even went so far as to acknowledge that if all we had was a written description of moral and spiritual rightness, we’d all die in our sins (2Cor 3:6).

We’ve seen it before. But it bears repeating. Job’s friends thought it was their place to explain Job’s losses by defending God, condemning sin, and insisting that Job’s sins must have been worse than their own.

Those friends said a lot of right things about Job, God, life, and moral law. But they ended up being called out for judging Job in the process of trying to defend the rightness and morality of God.

This is personal for all of us.

« Previous: A Time to Speak Next: Personal Outcomes »
Vote on whether you think this post is something you'll be thinking about: