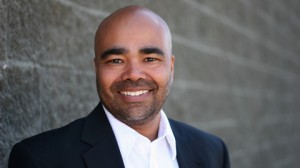 In the Discover the Word recording studio today, I’m looking forward to our interview with Robert Gelinas, author of a book that is releasing in the bookstores this week called, The Mercy Prayer.

In preparation, I’m finding the book to be surprisingly provocative in the way it develops the tension between mercy and justice. His first line in his first chapter of “The Most Prayed Prayer” is that “No judge wants to be labeled soft on crime”.

In a day of that has given so much attention to a wave of new atheism, Robert says he personally thinks the best argument for not believing in God is the lack of justice we see all around us. Yet, ironically, he explains his own deep confidence in God’s existence by what he sees as the overwhelming evidence and story of God’s mercy.

In unfolding what turns out to be the consuming focus of his own life, Robert writes about the dear grandmother who raised him, taking him to Sunday School every week before he was 5 years old, but who would not darken the door of the church herself. Later in his teen years she explained to Robert that she could never believe in a God who would allow Mafia hit-men into heaven.

« Previous: How we Read the Story Next: Mercy Prayer 2 »
Vote on whether you think this post is something you'll be thinking about: