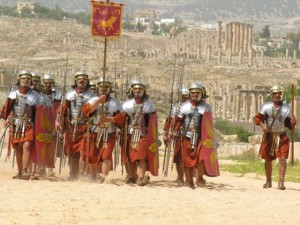 An 8/5/2013 alert on a Homeland Security website says, “There are growing concerns that an al Qaeda affiliate could use a new generation of liquid explosive, currently undetectable, in a potential attack, according to two senior U.S. government officials briefed on the terror threat that has prompted the closing of nearly two dozen U.S. embassies.

Though the Transportation Security Administration has long been concerned about liquid explosives being used in potential devices — as it was during the failed Christmas Day bombing in 2009 — the new tactic allows terrorists to dip ordinary clothing into the liquid to make the clothes themselves into explosives once dry.

“It’s ingenious,” one of the officials said.”

A warning like this reminds me of what may be the most insidious threat of terrorism. It fosters fear that in turn that can cause our love to grow cold (Matt 24:12).

Yet… who can deny that the kind of faith that responds to the promise of Jesus’ “Come to me” shows up more brightly in the unsettling darkness of “an evil day” than in the false security of no apparent danger? (Matt 11:28-30).

« Previous: Mercy Prayer 2 Next: How Can This Be? »
Vote on whether you think this post is something you'll be thinking about: