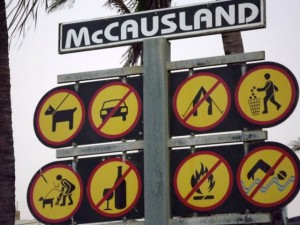 Is all sin alike in God’s eyes?

Our last conversation about God’s words to Moses—that, to our ear, can sound so self-contradictory (Exodus 34:5-7)— have raised a question about degrees of sin.

Seems to me that this lingering thought might help us  reflect on the second half of an ancient quote that seems so unfair in its implications for children. Why would God impose on children and grandchildren the consequences of parental wrongs, especially when the Bible makes it so clear that we are accountable for our own decisions rather than for those of our parents? (Ezekiel 18:20-21)

Yet the idea of a gracious and compassionate God who insists on punishing even the “smallest” sin, and passing the consequences along to our heirs, seems to show up in the first pages of the Bible.

Eating a piece of food with hopes of being more like God, especially under the mitigating circumstances of childlike innocence, ignorance, and the misleading influence of an evil “adult,” would seem like a small sin.

But all of us have suffered the consequences. None of our relatives have escaped the ongoing results of a simple act of distrust in the God who was gracious enough to create us into his world; good enough to want us to be free enough to have a chance to trust him; merciful enough to chase us down in our guilt and fear; compassionate enough to not immediately return us to dust; patient enough to remain with us while bearing the murderous consequences of our choices; faithful enough to not let us live forever in our fallen state, and true enough to his own goodness and grace have a plan of making sure that every sin would be eventually and fully judged in the terrible love of his own Son’s suffering and sacrifice.

In the middle of the chaos that followed a seemingly small act of distrust, we’re also left with the realism that— as big as a little matter can be, we live in a world of big sins and little sins   Who will deny that, even in Heaven’s eyes,  it’s worse to take a life than to want to kill? Who can doubt that God would agree with us that robbing a bank is worse than envying those who are born into more money than we could ever earn? 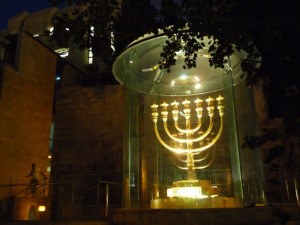 Even the law of Moses made it clear, that some sins were to be regarded as capital offenses while others were not. Yet who in the days of Moses could have explained God’s reasons for making certain ritual offenses deserving of the death penalty, while at the same time so reasonably and mercifully naming safe towns for those who killed by accident?

Seems to me that, on one hand, lingering generational consequences say something about the wisdom of a designer who understands far better than we do why the toxic intermingling of heredity, experience, and personal choice, is better than allowing us to think that we are not only free from the influence of our parent’s sin—but also free to live as we please without effect on the little ones who inherit our blood and money.

So is God gracious and merciful—  or true enough to himself to require every sin not only to be judged but to have lingering consequences that… he alone knows how to resolve? Are all sins alike– and different?

Are we playing games by saying “yes” to all? What if we assume that because we have not committed murder, we are better in God’s eyes than one who has?

« Previous: How Can This Be? Next: Brain Scans, Free-will, and Fate »
Vote on whether you think this post is something you'll be thinking about: