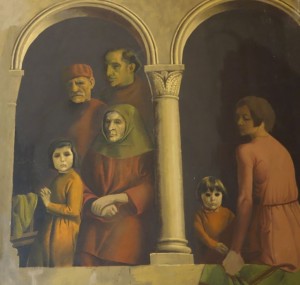 In reading over the conversation about the last post, I’ll admit that I too have been bothered by what Solomon writes in Ecclesiastes. Am thinking there are some of us who would rather that our daughters or wives not hear Solomon saying,  “This is my conclusion,” says the Teacher. “I discovered this after looking at the matter from every possible angle. Though I have searched repeatedly, I have not found what I was looking for. Only one out of a thousand men is virtuous, but not one woman! But I did find this: God created people to be virtuous, but they have each turned to follow their own downward path”  (Ecc 7:27-29).

To this example don’t we also wonder how the Scripture can  say that it is better to live on a housetop or in the wilderness than with a contentious wife (Prov 21:9; Prov 21:19)—without adding similar proverbs acknowledging  that it would be better to live alone than with an angry, self-centered, or abusive husband.

Who can deny that we see our world not only as it is, but as we are.

Thankfully, we are  talking about excerpts  of a bigger story that begins and ends far better than the self-revealing wisdom and foolishness it records along the way.

Yet, given the way the Bible has usually been used, taught, pieced out, and parted, don’t you wonder why  women seem more inclined than men to embrace its vision and Christ?

« Previous: Wisdom Riddle or Super Woman? Next: Google Listens »
Vote on whether you think this post is something you'll be thinking about: