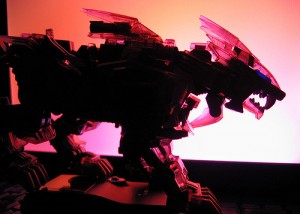 Two recent news articles describe attempts to alter nature.  One tells the story of a 922 pound cat that made it into the 2014 edition of Guinness World Records. Hercules is a Liger, a cross between a lion and a tiger that lives at a Myrtle Beach wildlife preserve. According to the cat’s owner, ligers meld two worlds by bringing together the courage of a tiger while being social like a lion.

The other article is about a British company that has developed for sale a vegetable plant they call a TomTato. The news source reports that Thomson and Morgan, a reputable UK horticultural firm, has spent a decade developing a plant that produces a better tasting tomato from potato growing roots. When the tomatoes are ripe for picking, the potatoes can also be dug up. The product is thought to be of interest for gardeners that have limited space. 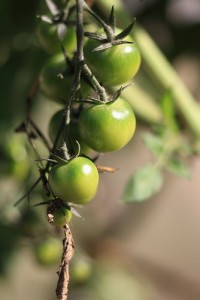 What makes the nature altering stories different is that while the liger is a hybrid mix of two species DNA, the TomTato has not been genetically altered. Through a process of grafting, equally sized stems of two different plants are clean cut and then taped together until they heal and grow together as one. As a rule the purpose is to get one plant’s qualities of flowering or fruiting with the root vigor and resilience of another.

The Liger and the TomTato seem to have similar though not exact parallels in the Bible’s description of human nature.  Jewish ancestry, for example, has its roots in the Semitic families of Canaan. As the prophet Ezekiel explained to the residents of Jerusalem, ‘This is what the Sovereign LORD says to Jerusalem: Your ancestry and birth were in the land of the Canaanites; your father was an Amorite and your mother a Hittite” (Ezek 16:3).

In an ethnic sense, Israel has its roots in the same blood as all other nations. True Israel, however, because of its spiritual source, is a hybrid that cannot reproduce itself naturally (Rom 2:28; Rom 9:6). 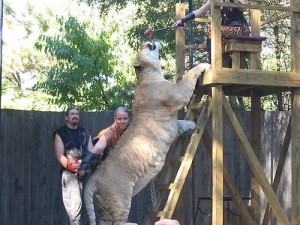 On the other hand, what we call the Church is what the Bible calls the result of a supernatural graft. (Rom 11:17-24).

What’s Paul’s point? One implication is that, in God’s presence, there is no basis for ethnic or spiritual pride in being either Jewish or non-Jewish.  God’s purpose has been to call and cultivate on family group for the sake of all (Gen 12:1-3)—and then all in turn…to be for one (Rom 11:29-32).

The more important point is that all of us have hope and access to God only because of the Son of Abraham, Son of David, and Son of God who suffered and died for us.

If this is true, don’t those of us who are in Christ have every reason to remember where we came from (Acts 17:24-30)—and to look for common ground  and shared interests with those who are inclined to see us as thinking that we are better than them? While treasuring our faith in Christ, isn’t there more Liger and TomTato in us than we might have thought?

« Previous: Google Listens Next: Persecution Complex »
Vote on whether you think this post is something you'll be thinking about: