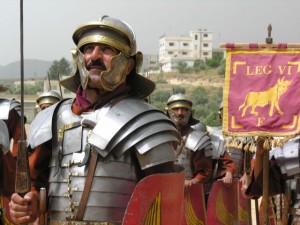 In general usage the idea of a persecution complex refers to an unhealthy state of mind that causes persons or groups to assume that they are the victims of an evil conspiracy that has singled them out because they are different than the mainstream.

The term therefore is apt to cause many of us to feel uncomfortable.  To the extent that we believe that our world hates us for Christ’s sake, we are likely to resent the suggestion that it us “unhealthy” for us  to think that we are being singled out and targeted for the same reasons that he was. Many of us know that it was Jesus himself who said we should not be surprised to find that the world that hated him cannot help but hate those who follow him (John 15:18-19).

Prior to that the Teacher made a revealing comment to his own family members who didn’t believe in him, and actually thought that he was mentally unstable (John 7:3-7).

But with this much said, a question lingers. Why then did Jesus have a reputation for being a friend of sinners, while being hated by so many leaders of the synagogues and experts in the law of Moses? What was “the world” that hated Jesus? And why?

Am guessing this is the kind of question that can be best answered by trying to think through it together. While being resented or rejected for the sake of Christ would be honorable, we need to make sure we are making progress in knowing the difference between suffering “for Christ’s sake” rather than for our own mistakes and resulting persecution complex.

« Previous: Ligers and TomTatoes Next: Getting Personal »
Vote on whether you think this post is something you'll be thinking about: