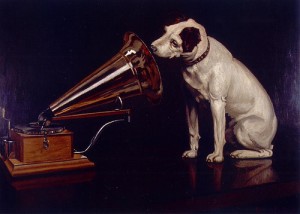 Happened to bump into the last 3 programs on The Voice television series. Got caught up in the amazing and varied giftedness of the three finalists— that included a 16 year old who performed way beyond her years.

Started watching the final edition last night and announcement of the winner of season five, but ended up getting tired and deciding to find out in the morning about the winner. Wasn’t too surprised when I learned about the hard fought win of 28 year old Jamaica born Tessanne Chin. Yet the fact that the other two finalists got as many votes as they did says that there were many who were disappointed by the outcome.

Here my interest goes beyond The Voice of this morning’s buzz to The Word we’ve been talking about again recently.  Let’s use the good will of the friendship we share to take another step in thinking about our views of the trustworthiness of the Bible and the sufficiency of our One God and Savior.

One danger we encounter as we think about the trustworthiness of the Bible — is that we allow ourselves to invest too much interest in stars of lesser significance and argued interpretation.

Imagine every inspired word and story of the Bible as being like individual stars in the night sky. Take all of the individual thoughts and opinions that we have about the countless individual issues and differences that appear from our varying readings of those words and stories.

For example, let’s one of those stars represent our reading of what the Bible says and means about the time and end-time scenario of Jesus’ return. Let another star stand for our understanding of the time that the same Lord took to carry out the creation scenario of Genesis 1. Add now to the different readings we have of the beginning and the end of our human story all of our diverse readings of an endless series of issues embedded in the historical, spiritual, moral and relational details that have divided the minds and imaginations of the Body of Christ in every generation.

If our opinion of the trustworthiness of the Bible depends on our vote for the meaning of an individual star, we can distract one another from the glory of the real Voice and sustaining presence of the Bible.

Seems to me that the source of all truth and trustworthiness cannot be attached to anything other than the one Star that gives meaning and perspective to all of the other stars in our competing galaxies, theologies, cultures, and personal experience.

This, it seems to me, is the real meaning of Christmas. The real message goes far beyond our different explanations of the star that brought wise worshipers from the east. Aren’t all of the individual details given to bring us to the amazing, inexpressibly important discovery— that from a feed-trough in the ancestral village of David, the real light and glory of the Highest was gently shining…

« Previous: In Low Visibility Next: The Star of Christmas »
Vote on whether you think this post is something you'll be thinking about: