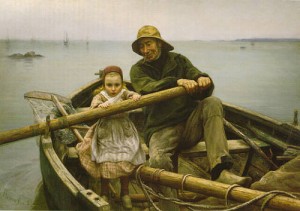 This week on Discover the Word, Elisa Morgan has been leading our conversations with a fresh look at a woman Jesus honored for doing what she could to show her love for him.

Has been so good to take another look with Elisa and Bill at Mary of Bethany who anointed Jesus’ feet with expensive perfume, mixing it with her tears, and then drying them with her hair. When some present objected saying that she had wasted what could have been sold for money that could have been given to the poor, Jesus defended her (Matt 26:10-13). Telling them to leave her alone, he indicated they would have their chance later to help the poor, and that what she had done to show her love for him would be remembered in the telling of his love for us.

Accounts of the story (thought by some to include a similar event), are told variously in all four gospels. But the people mentioned bring together a striking mix of characters. At the same table with Jesus was Lazarus who had been raised from the dead (John 12:1-3), his sister Mary who was washing Jesus’ feet with perfume and tears (John 12:3), in the home of a Pharisee known as Simon the leper (Mark 14:3) (Luke 7:37-40)— where Judas, who was about to betray Jesus for 30 pieces of silver—was among those who grumbled about the waste of money (John 12:4-6).

So much coming together in a moment. Remembrance of the real needs of the poor. Hypocritical words of love.  Uninhibited heart felt affection. Love in action. The Son of the God who loves us—anticipating the moment of his  priceless sacrifice for us.

Just this week I also read a book titled, Love Does. In it author Bob Goff tells a series of sometimes humorous, serious, life-changing stories that reminded me again of what Elisa sees in the woman who did what she could. She did what she could to express her love for the One who raised her brother from the dead before dying to secure her forgiveness—and ours.

Wonder how many ways we’ll have… among us… today, to do what God enables us to do… “helping” him (as in Renouf painting) —to show… what love does…

« Previous: The Vision of Sochi Next: In the End and Beginning »
Vote on whether you think this post is something you'll be thinking about: