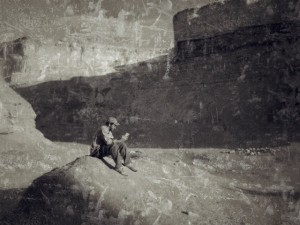 In the ongoing search for answers to what happened to Malaysian Flight 370 the plight of those waiting for word on the fate of their loved ones is reaching a new level of frustration, anger, and lingering hope.

Ships from several nations comb an ocean that, according to one source, is littered with 20 million tons of unrelated garbage— as planes and satellites offer images of debris that may or may not offer a clue to solving the mystery.

While many of us are forced to turn our eyes away to deal with the challenges and questions of our own lives, there is a sense in which any one story of a missing flight, tragic mudslide, earthquake, or flooding river is a picture of our own lives.

We all have lost something and someone. So, we are all facing personal issues of what we know and don’t know about the ongoing challenges to our own faith, hope, and love.

We may rightly or wrongly suspect that government officials, media spokespersons, or religious leaders are giving us misinformation to keep us from looking too closely at what they really know or don’t know.

But closer to home every story about someone else’s loss has a way of also being about us… what we know and don’t know— that will determine today where we choose to put our own faith, and find our own hope, in finding answers to deal with what has happened to whatever and whoever… we… have loved and lost.

Do we sigh knowingly with the sage who wrote,  “Meaningless! Meaningless!” …”Utterly meaningless! Everything is meaningless” (Ecc 1:2)? Or do we recall when the same wise man once urged, “Trust in the Lord with all of your heart… and don’t lean on your own understanding… (Prov 3:5-7)…

« Previous: Lost Next: Is Our God too…? »
Vote on whether you think this post is something you'll be thinking about: