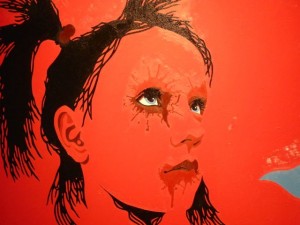 An article on BBC’s online Future section describes an experimental technology that gives two people the experience of feeling as though they have exchanged bodies with one another.

The thought behind the science is not new. It’s ancient wisdom that trying to imagine what it would be like to live in another person’s circumstances, bodies, or shoes, can help us develop a heart for those we are otherwise likely to dismiss or criticize.

After reading the article, my thoughts turned to the seventh chapter of Matthew’s Gospel. In our modern Bible’s this chapter is the last installment of what we call the Sermon on the Mount. It begins with Jesus’ urging his followers to not mindlessly judge one another (Matt 7:1-4). It ends with his challenge to not just hear his words but to do them (Matt 7:24-27)—and Matthew’s observation that those who heard Jesus were impressed by the way he spoke with such authority (Matt 7:28-29).

Since this last section of Jesus’ teaching focuses on treating those we resent with the generosity and heart that God has shown for us (Matt 7:1-11), I’m wondering if there is a remote connection with body swap technology. Because Jesus nets out the message of Moses and the prophets as a combined teaching on relating to others the way we’d want them to respond to us (7:12)—am wondering whether experimenting with “The Machine to be Another” is uncovering a need for which we’ve been created– to not just honor our own needs— but also those whose emotions and thoughts we haven’t tried to understand.

« Previous: Staying with the Story Next: Losing our Voice »
Vote on whether you think this post is something you'll be thinking about: