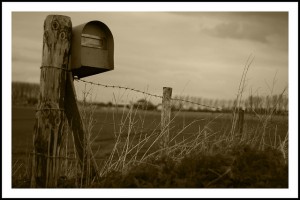 In past conversations we have talked about whether quotes of an inspired Bible remain the Word of God no matter how ungracefully or thoughtlessly they are expressed.

We may also have observed together that when the written Scriptures themselves speak of the Word of God they may be referring to,

(3)  A word from God that goes from his mouth, according to his intent and wisdom, to bring to pass his good purposes (Isa 55:7-13)

But I’m not sure that we have together considered what the Apostle Paul refers to as a letter from Christ, accessible to a specific community and generation (2Cor 3:1-3). According to Paul, this letter was,

(1) Written by the Spirit of God

(3) Not engraved in stone

(4) Not with a threat of death

(5) But in the flesh of human hearts

(7) Regarding a goodness and glory that makes the glory and goodness of the law of Moses look like no light at all (2 Cor 3:7-18).

My guess is that such letters are still being written in our hearts for others to read, and in the hearts of others—for us to read.

« Previous: When it Comes to Specifics Next: The Ways of the Cuckoo Bird »
Vote on whether you think this post is something you'll be thinking about: