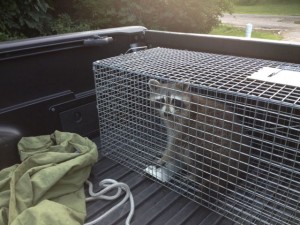 I woke up this morning with words of Paul repeating over and over in my mind, “…I have been crucified with Christ. It is no longer I who live, but Christ who lives in me. And the life I now live in the flesh I live by faith in the Son of God, who loved me and gave himself for me.” (Gal 2:20)

Every phrase seemed as liberating as threatening.

According to Paul, who wrote not just about himself, but for us, I’ve been crucified… i.e. bearing in the rage of human violence… the rightful consequence of our sin and guilt.

Yet we didn’t have to bear it alone, for Christ, somehow, was with us, as we were with him.

And the life that now defines us in Christ is now longer our own, but that of Christ who lives in us… who loved us, and gave himself for us…

Sensing that the words that were repeating over and over through my mind were even more expansive than familiar, I turned to the Word Biblical Commentary for some help. There I found agreement that the thought that we are children of a new covenant, that has delivered us not only from the jurisdiction of the law—but from reason to live by own pride and sense of self-accomplishment— involves far more than our minds can understand.

It is for this reason that the Word Biblical Commentary goes on to explain,

“Mysticism, of course, frequently conjures up ideas about the negation of personality, withdrawal from objective reality, ascetic contemplation, a searching out of pathways to perfection, and absorption into the divine—all of which is true for Eastern and Grecian forms of mysticism. The mysticism of the Bible, however, affirms the true personhood of people and all that God has created in the natural world, never calling for negation or withdrawal except where God’s creation has been contaminated by sin. Furthermore, the mysticism of biblical religion is not some esoteric searching for a path to be followed that will result in union with the divine, but is always of the nature of a response to God’s grace wherein people who have been mercifully touched by God enter into communion with him without ever losing their own identities. It is, as H. A. A. Kennedy once called it, “that contact between the human and the Divine which forms the core of the deepest religious experience, but which can only be felt as an immediate intuition of the highest reality and cannot be described in the language of psychology” (The Theology of the Epistles, 122).[1]

I know this is a bit much to absorb. But how could it be any different—if we really are living in the life of the Son of God who loves us and gave his life for us!!!

Note: The Racoon is one of a family that doing damage to our house and needed to be relocated. Trapped not for his/their death, but for a better place and life :-)…

« Previous: Rectification of Names Next: Spiritual Math »
Vote on whether you think this post is something you'll be thinking about: