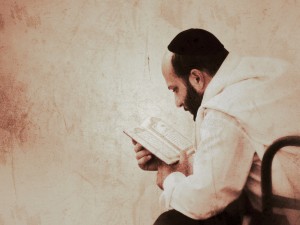 One of the most convincing evidences of the inspiration of the Old and New Testaments for me is the way so many patterns and word pictures end up being fulfilled— in a way that could not have been foreseen or orchestrated by human authors.

One example that I have been thinking a lot about lately is the relationship between Moses who gave Israel the law; Joshua who led them into the promised land; and Jesus who, in the end, personifies and gives us fullness of meaning to the earlier two.

Moses is the law giver who was not allowed to lead Israel into the promised land because— the second time he miraculously provided water for Israel in the wilderness—he used his staff to hit the rock rather than simply speaking to it as instructed  (Num 20:8-12).

After Moses’ death on the threshold of the Promised Land (even though, at 120, he didn’t die of old age) (Deut 34:5-7), Joshua became the one to miraculously lead Israel into their promised land— and whose name  happens to be the Hebrew equivalent of Jesus (Yeshua).

According to the New Testament, Jesus was the Rock that came after them (1Cor 10:4); and that such events happened as a pattern and challenge for us (1Cor 10:11).

The question I’d like for us to think through together is—as we now, 2000 years later walk plod through our own wilderness toward a yet unfulfilled Promise—what can we learn from the relationship of Moses, Joshua, and Jesus that can help us lead— rather than distract and divert— others to the water giving Rock…not yet found?

« Previous: Blood Moon Next: Ebola and Leprosy »
Vote on whether you think this post is something you'll be thinking about: