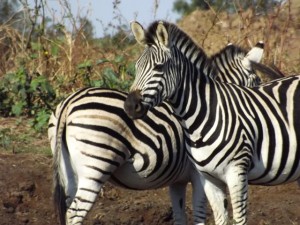 June Williams was only four when her father bought seven acres of land to build a “zoo without bars”.

Growing up with exotic animals, one of her closest friends was Mary the chimpanzee. June tried to teach Mary to tie a knot but never succeeded.

She inherited her father’s empathy for animals and recalls his creativity in finding ways to secure chimpanzees with moats and big cats with wire mesh to give them as much open space as possible. Today, Chester Zoo, founded in 1930 by her father, George Mottershead, is home to 11,000 animals on 110 acres of land. As a forerunner of modern zoos the keepers who carry on her father’s legacy pride themselves in animal welfare, education, and conservation.

Solomon, in all of the wisdom God gave him, is also remembered for his knowledge of all kinds of animals (1Kings 4:33). His interest in apes, and monkeys wasn’t just a curious hobby (1Kings 10:22). When he wrote that, “The righteous care for the needs of their animals” (Proverbs 12:10), he was bringing us back to basics. If we don’t care for the animals entrusted to us, how will we understand that this is our Father’s world?

Perhaps growing up, like June— with animal friends (more than the cars and computers of our own making), could even help us better learn how to be our brother’s keeper. :-)

« Previous: When God Withholds Next: The Heart of a Park Ranger »
Vote on whether you think this post is something you'll be thinking about: