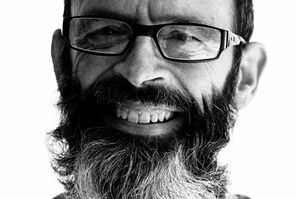 Some of you may have seen the story of Ed Dobson either on a widely distributed CNN.com link or on the five Day of Discovery conversations that I did with Ed about his experience with a slow progressing form of ALS.

I just got word from Ed’s wife, Lorna, that the Moody Radio Network is featuring the release of the sixth of seven videos for the U.S. Thanksgiving weekend. So the publisher, David C Cook is allowing the short video to be accessed freely on Vimeo for this weekend.  It reflects the latest chapter of Ed’s struggle and is titled Gratitude.

I just watched it, was deeply moved by it, and wanted to pass it along to you here.

Gratitude is timely, and timeless.

Note: the link for Gratitude will be turned off on December 2. But the links to Ed’s story on the Day of Discovery and CNN links will continue to be accessible.

« Previous: Simplicity and Complexity Next: Am I Listening? »
Vote on whether you think this post is something you'll be thinking about: