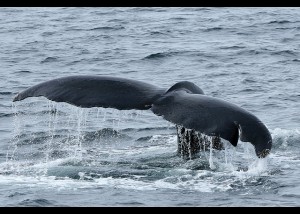 Terrorists, whether trained abroad or at home, are succeeding in placing themselves center-stage of a global audience. The world is being transformed not by love and peace, but by fear, anger, hatred, and social confusion.

Every year on Yom Kippur, the Day of Atonement, the story of Jonah is read in synagogues around the world. An amazing story is rehearsed in ways that go to the heart of our human experience.

Meanwhile Christendom uses the story of “Jonah and the Whale” to entertain our little ones.

Many of us grew up entertained by one of the most adult events in history, only to eventually learn that “the whale” wasn’t really a “whale” and eventually to doubt or defend whether the miracle of a prophet-eating fish ever happened.

On Yom Kippur, as in the minds of some Gentiles throughout the year, the real miracle of Jonah is still being considered. The thinking goes something like this. If God could show mercy to the terrorist nation of our archenemy, maybe he could forgive me/us too for all that I’ve/we’ve done.

But is there a greater miracle and question—if we think God could forgive us, is there anyone that we think God—at risk of his own goodness— could not, or should not, show mercy.

Jesus told a story about an employer who, in the morning, agreed to pay a group of day laborers a certain price for a days work. But then the employer seemed to betray his fairness. Late in the afternoon, he agreed to pay another group of laborers the same wage—for “an hour’s work”— that he had agreed to pay the others for a whole day (Matt 20:1-16).

Yet, as we all know, the long awaited Messiah of Israel did something far more than tell a provocative story that challenged his hearers sense of justice.

As a well-known former terrorist (Acts 9:1-2) would later recall, when the hope of a chosen people showed up, he didn’t crush their enemies— as expected, but instead allowed himself to be subjected to the most horrific form of terrorism— to show his own people not only how much God loved them and us…. but also  how much he loves those who hate us… and Him (Rom 5:8-21).

« Previous: Who Am I? Next: No Questions Asked? »
Vote on whether you think this post is something you'll be thinking about: