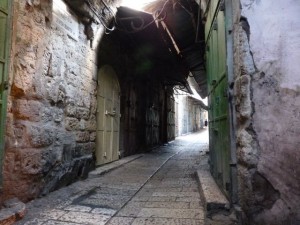 We have entered into the remembrance of  the last days leading to  Jesus’ crucifixion.

Together we are moving again toward the dark moment in which, according to the Scriptures, justice and mercy met together in a terrible act of execution and death, for our rescue and deliverance.

Many of us have learned to think of Jesus’ suffering and death as the ultimate expression of Divine justice— whereby the full weight of the law, and the wrath of the Father in heaven fell on the body and head of his Son— dying sacrificially in our place.

Along the way, however, some of us might have heard questions raised about the heart of the Father, who according to Isaiah, was pleased to see his son crushed for us (Isa 53:10).

A.  When we read the Gospel accounts of Jesus crucifixion, or even the mysterious foreshadowing of his sacrifice in Isaiah 53, do they, at face value, read as an act of divine justice, or as the most scandalous of all injustices?

B.  When we read the accounts of the Lord’s suffering do we see an expression of the wrath of God– or men?

C.  Where are we supposed to see our invisible God? Is he mysteriously hiding in the insults, and hatred of the religious leaders who want Jesus dead? Or in the whipped up rage of the mob who followers their leaders in mocking the Son of man?

D.  Whose anger is our Lord bearing for us as the perfect lamb of God?

E.  Whose hurt and hurtfulness is our God bearing as a consequence of our sin?

F.  By whose disobedience is all of this happening? And by whose obedience are we being rescued?

According to the Apostle Paul, because of Adam’s sin we died, and because of Jesus’ perfect obedience  (as the second Adam), we can be made alive (Rom 5:17-21).

I wanted to raise these question because I have been hearing more and more authors and teachers reminding us that there is probably far more of the love and goodness in the death of Christ than we have yet seen.

And if we are not careful we might miss the intent of what Isaiah was saying when he wrote about the sacrifice,  i.e. “we thought he was getting what he deserved at the hand of God” (Isa 53:4).

Am guessing we’d agree that how we read the Bible tends to shape our thoughts of God.

So as we enter this holy week of remembrance, it might be worth thinking again of whether we see in Jesus death, the emotions of an angry Father, or— rather a Father, Son, and Spirit, expressing their immeasurable love for us by bearing the consequence of our disobedience, murderous rage, and fearfully violent attempts at self-defense— to show us— not how angry our Father is, but how much of our anger he was willing to bear… to offer us his love.

« Previous: While we Wait Next: Why the Mystery? »
Vote on whether you think this post is something you'll be thinking about: