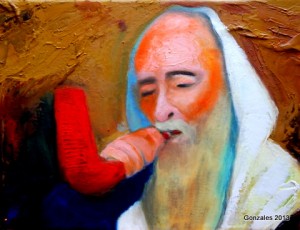 The question has a history. Before it was first asked, human experience was limited to a paradise of undisguised trust and innocence (Gen 2:25).

Then… from behind the mask of one of God’s own creatures, the hellishly subtle question was asked, “Has God said….?”

In the next few words, Genesis gives us a hint of how the boundary of trustworthiness was crossed, and lost (Gen 3:1).

To this day, some of us feel uncomfortable repeating those same words….

But has there ever been a more important question?

Who could count the consequences of not asking that question when faced with the misleading thoughts of misunderstood Scripture, fearful impressions, or the assurances of trusted friends who themselves may have misunderstood who “led them to think or say”— about “what God has said”.

This is no time to point the finger of blame. We have reason to be gentle and graciously patient with one another in such a difficult matter. It is understandable that we might be hesitant to find the courage to ask, “Has God said…?” when it comes to the way “inspired words” or “compelling coincidences” are interpreted, understood, and applied.

Yet every once in a while, it probably wouldn’t hurt to reflect on how  we talk about “the leading of God”—or with what thoughtfulness we interpret and apply the Scriptures breathed into existence by the Spirit of God. Between the covers of Genesis and Revelation we find, in addition to the words of the Lord, an inspired record of the confusion of people like Job and his friends, David in his grief, Abraham in his fear, and even in the mistakes of Moses (Num 20:11-12)… and the timely, yet incomplete thoughts of Paul (1Cor 13:12).

So, let’s try to put “has God said?” in perspective. If what was wrong with the question at first asking was the motive (intent to inspire doubts about the heart of God)  (Gen 3:1), what could be safer than to keep asking the same question… in a desire to not lose sight of the goodness, love, and trustworthiness of our Father in heaven.

« Previous: Inside Out and Outside In Next: Authority Issues »
Vote on whether you think this post is something you'll be thinking about: