Still between Passover and Pentecost, 2015, I’ve spent some time recently in Paul’s 2nd letter to the Corinthians. In chapter 3 he compares and contrasts the glory of the law with the greater glory of the Spirit. 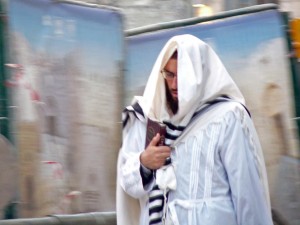 Many of us are familiar with the backstory. Soon after receiving the Law, the chosen people of God thought they had lost Moses somewhere on the top of Sinai. Suspecting they had been abandoned, they decided to fend for themselves by making a golden likeness that they knew from their many years in Egypt (Exo 32). When Moses finally came down the mountain and saw them worshiping a throwback to the gods of Egypt, he threw the tablets of law on the ground, and ground up the golden idol (Exo 33). An ugly scene followed, when 3000 died at the hands of priests who, at Moses’ command killed their brothers, to show allegiance to Moses and his God.

Looking back, the Apostle Paul found an explanation for such tragic events in the story of a veil that hid the fading glory of the law, (Exo 34:27-35). The letter of the law kills while the enabling gift of the Spirit gives life (2 Cor 3:5-6), .

Today we can see even more clearly the contrast Paul developed. The glory of the law reflects the goodness of God. (Exo 33:18-23). But the giving and glory of the Spirit reflects a far greater expression of God’s heart, goodness, and glory  (2Cor 3:7-11).

Turns out that this is the explanation for the veil Moses used  to cover his face (Exo 34:27-35)… not so that a frightened people would be willing to come near to him as he taught the law, but so that they would not see  (that because of the weakness of their own inclinations) the glory of the law was already fading away.

Could it be that, in the flesh, we have a hard time giving up our love affair with the glory of moral law (the residual effects of which are still killing us), and keep forgetting the greater glory of the Spirit that makes living by the law obsolete (Gal 5:22-23).

Hope we can take the days leading up to Pentecost 2015 celebrating something far greater than a fading glory.

« Previous: The Hiddenness of God Next: Ubuntu »
Vote on whether you think this post is something you'll be thinking about: