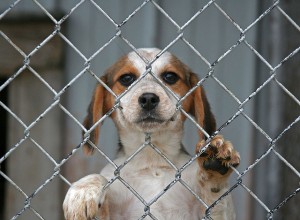 Flickr Photo: by Liv who writes about a puppy who “rescued a human today”

We’ve talked in the past about what it takes to forgive ourselves. When we did, some of us had mixed feelings.

On one hand who hasn’t beaten up ourselves for things we’ve done in the past?

But then comes the question of whether forgiving ourselves is like playing God?

And, with yet another twist, if try to talk ourselves out of our emotions by asking “who are we to not forgive ourselves, if God has”—it can seem like we are adding insult to injury by implying that “a low view of ourselves” is actually rooted in wounded pride.

So while reading Seasons of the Soul by Bruce Demarest, I ran into some thoughts that seemed worth thinking about once again. The author suggested what many of us seem to have experienced, that sometimes we find it easier to forgive others than to forgive ourselves.

Then he quoted several others.

First Mr. Demarest recalled C. S.Lewis observing that, when we fail to forgive ourselves after Christ has forgiven us, we establish ourselves as a higher judge than God himself. Then he quoted a Thelma Hall, as saying that “Our sense of unworthiness is a subtle form of arrogance, whereby we choose not to forgive the one whom God has forgiven.”

The Seasons of the Soul author then writes that we would “do well to practice the converse of the Golden Rule: to do unto ourselves as we do to others,” and adds, “As noted by the Puritan Richard Sibbes, “The soul is cast down too much … when our mourning and sorrow bring us not to God, but drive us from God. Grief, sorrow and humility are good; but discouragement is evil.”

Then as if sensing that we might feel ourselves trapped and unable to lift ourselves up, Demarest gently urges us to remember that our Father in heaven is not put off by a child who asks for help…

Left me thinking that it might be worth considering together once again whether we can even forgive others— if we have not known what it means to forgive ourselves… as God has.

« Previous: Living in the Spirit Next: What Was Adam Thinking? »
Vote on whether you think this post is something you'll be thinking about: