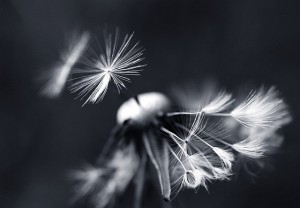 During the search for two escapees from a maximum security New York prison, many of us watched competing news media press for information on the status of the pursuit. At one point commentators began quoting a source who admitted that—though law enforcement officials believed they were in “hot pursuit” of the subjects— they  had “no eyes on” the two men.

Conversation about the breaking news then turned to trying to read between the lines as to what it meant to be in “hot pursuit.”

Such straining for information and parsing of words is understandable to those of us who have learned to live by what we can see and know. But the words “no eyes on” may awaken thoughts of wonder in those of us who are trying to live by faith in what we cannot see. The New Testament makes such a generous distinction between that what we know and “have eyes on” and that which we cannot yet see or understand (Rom 11:33-36).

Within a story of loved persons as diverse as Abraham, Samson, Jacob, Rahab, Mary of Magdala, the naked, demon-possessed “man of the tombs”— and Jesus, we are told a bit— and left to wonder and reach for what we do not yet have “eyes on”. Paul describes what is unseen as being exceedingly and abundantly more than we can, as yet, even hope or think (Eph 3:14-21).

Am thinking this morning that for those of us who know we  are called to love everyone in behalf of a God who died for us, such words make the miracle and grace of today—and tomorrow— far more than bearable.

« Previous: Words in the Night Next: Echoes of the Garden »
Vote on whether you think this post is something you'll be thinking about: