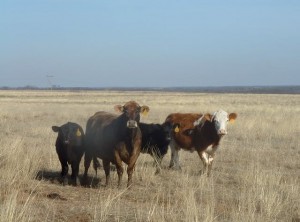 Many of us treasure the Bible as an inspired gift from the Creator who wants us to know his love for us— and our need of him.

What is just as clear is that those same Scriptures can leave us with the still unfolding Story of a wonderfully good Servant-like God who is calling us into the eternal joy of his presence— or the opposite impression of a glory-seeking King of the universe who promises to torment forever those who live and die in their sin— for lack of his intervention and saving grace.

Maybe it’s honest to admit that there’s a lot about the Scriptures we don’t yet understand, while being quite sure that we have seen in the face of Jesus a God who would die to save the most messed up and worst of us (Rom 11:33).

Seems to me that I hear the voice of a Jesus-like God in the blessing that Moses instructs Aaron and the priests to speak in the hearing of a wandering, wilderness-worn people. After offering up sin, burnt, and peace offerings they are to lift up their hands and say to an often troubled, rebellious, and dying people,

« Previous: Living with Imagination Next: And the Greatest is… »
Vote on whether you think this post is something you'll be thinking about: