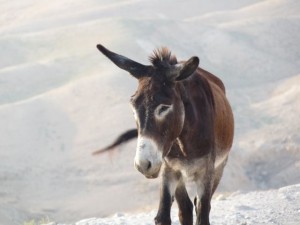 What could be more important than a discovery of who Jesus is, and who he loves?

And does he only love those who love him and those who accept him rather than reject him? Did he?

Second to that finding, even if it is far down the line of other important discoveries about who Jesus is, loves, and what he does, may be— who and what makes Jesus angry, and why? Who and what did?

Seems to me that the answers to such questions aren’t just in the Gospels, even if it comes into clear focus there, but also in the way our Creator responded to a sinning Adam, Eve— and in the heartbreak of Cain; in why he chose Abraham; in the stories of Job and Ruth and Rahab. Seems like it’s in the story of Joseph who became the surprise hero of a pagan Egypt; and in the provocative account of Jonah who was the reluctant prophet to the dangerous people of Nineveh.

Who can deny that through all of these people and events is the greatest of all discoveries that our Eternal God is, above all, perfect love— in a way that explains not just his compassion, mercy, pity, and patience— but also his anger, his justice, his holiness, and his judgments.

Admittedly, such discoveries include more than the inexpressible understanding that Jesus opens our eyes, minds, and hearts to our God, Creation, Scriptures, neighbors, enemies, and even the world itself. Such knowledge also includes the hope and wonder of what Paul might have been saying when he writes of both Jewish and Gentile people, “For God has bound everyone over to disobedience so that he may have mercy on them all. Oh, the depth of the riches of the wisdom and knowledge of God! How unsearchable his judgments, and his paths beyond tracing out! “Who has known the mind of the Lord? Or who has been his counselor?” “Who has ever given to God, that God should repay them?” For from him and through him and for him are all things. To him be the glory forever! Amen” (Rom 11:32-36).

« Previous: The Blessing Next: True and Better »
Vote on whether you think this post is something you'll be thinking about: