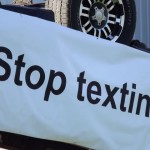 Words spoken or written have a backstory. So does everyone and everything.

Without some understanding of what caused an event, or where a person has come from, it’s hard to make much sense of anything or anybody.

That’s not to imply that anyone can collect all of the data, DNA, or background information that we need to answer all of our questions. As finite mortals

we have to live much of our lives in the silence and humility of what God only knows.

Part of wisdom therefore is knowing who to trust and how to live and love in the balance of what can and cannot be known about the people, events, and shared stories of our lives.

I’ve read a couple of books recently that emphasize the importance of backstory in explaining why the best news the world has ever heard so often sounds like bad news. But let’s leave that for later.

Am guessing that two words and the thought that everything and everyone has a story are worth talking about. As for the pictures, I saw the above in the parking lot of a collision repair shop on my way from work on Friday, and decided to come back yesterday to help get out the message

« Previous: Why Some Veterans Miss War Next: The News We Hear »
Vote on whether you think this post is something you'll be thinking about: