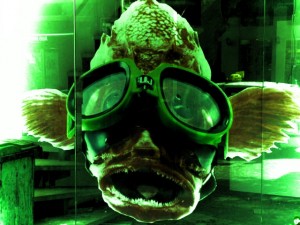 Continued… from Jonah’s no Jesus.

Thanks to those of you who’ve taken the challenge…

Here’s an example of the kind of reflection I’ve been alluding to. It’s done not by turning the subplots of the Bible into allegories, but rather by reading forward and then backward to see how the greatest of all true mysteries, tragedies, and romances moves forward before pulling together in the end.

It’s done not by trying to answer what we haven’t been told, but rather by taking what we have been told and trying to find ways in which the pieces of the story cohere with the whole—by comparison and contrast.

It’s done not by giving us ways to disagree with one another, but by helping to pull us together more deeply into the lives of one another and our God.

It’s done not by insisting that we put our imagination aside and read just the facts when we read our Bible, but by reading the Bible with imaginations inspired by the facts we think we “get”.

I promised to jump in with both feet before we’re done. Believing you are safe friends with whom to share my thoughts… am ready to test the waters… See how much you agree with—or just can’t buy.

Both are part of the bigger story of the Bible, with Jonah merely giving an unexplained hint of where that story has been—and is going.

Both are part of fulfilling God’s plan and promise to miraculously bless all nations of the world through the seed (descendant) of childless Abraham and Sarah—Jonah giving just a small but provocative taste of the extent of how Jesus would do it.

Both were sent by God to rescue their enemies, Jesus willingly—Jonah reluctantly.

On the way, both fell asleep in a boat in a supernatural storm that terrified their enemies, Jonah exhausted from running like a lost sheep, Jesus from his work as God’s ultimate and great shepherd. 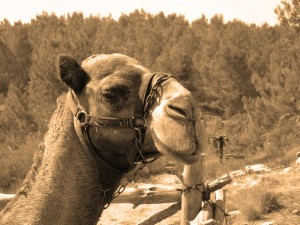 Both were the reason for the storm, which when miraculously calmed helped their companions to declare faith in the One true God, Jonah pointing to the God from whom he was running, Jesus to the God who was in the boat.

Both made a sacrifice for the sake of others, in such a way that, when they were restored, enabled them to continue and fulfill their mission, Jonah bearing his own sin by telling the pagan sailors to throw him overboard, Jesus by willingly bearing the sin of the world as rulers of his people called for his death and pagan Romans nailing him to a cross.

Both understood something of what was happening, Jonah in part, Jesus in full.

Both had stories that enabled them to be a sign to their hearers, Jonah by returning from the belly of a fish, Jesus from the depths and certainty of a sealed grave.

Both knew the heart of their God, in a way that Jesus loved and Jonah didn’t like.

Both by comparison and contrast help those who hear and reflect to find ourselves in their lives.

Both have stories that end in a way that leaves us wanting to know more— how long did it take for Jonah to come to his senses, and how far will the rescuing message of Jesus bring God’s promise to Abraham to all the peoples of the world?

Again, my reason for asking us to consider such an approach to the Bible is the thought that by engaging our minds and imagination with the parts and fullness of what we’ve been told (by comparison and contrast), we have a way of more fully finding ourselves in the life and death love story of our God.

« Previous: Jonah’s no Jesus Next: Jonah and the Perfect Storm »
Vote on whether you think this post is something you'll be thinking about: