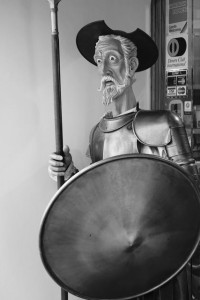 Thanks to all who jumped into the conversation, “Under Fire”. Seems like we are all rightly sensitive to the original “has God said?” challenge of our enemy.

Yet, we now face a different set of problems. Today, when it comes to interpreting and applying Scripture, if we don’t say, or at least wonder, “has God– really said or meant that for us?” we are going to hand over our minds to whoever is using the Bible for our help or harm.

We need to find a way to hear “the word of God” while at the same time learning to avoid endless, fragmenting, divisive, arguments about the Bible.

So what would you think of something as basic as this as a starting point?

The Bible is so important because… it gives inspired witness to the power of God to speak the universe into existence and then…tells the hi(s)tory of how our Creator and God has come to us in Jesus… what he has done for us… and our need of him.

Standing on that ground, together, we discover that when the inspired Scriptures refer to the word of God they may be referring to:

(b) The life-sustaining provisions that God speaks into our lives (Matt 4:4) (Deut 8:3)

(c) An intentionally spoken word from God that goes from his mouth to bring about his good purposes (Isa 55:7-13)

With that background let’s have the courage to ask, what is God really saying to us when Paul writes that faith comes by hearing and hearing by the word of God (or word of Christ) (Rom 10:17)? Is he requiring us to rightly interpret any one specific written text— or rather to hear what the whole story of Scripture ends up giving witness to—that the word that saves us—is the (message) of the Gospel of Christ?

« Previous: Under Fire Next: Life 101 »
Vote on whether you think this post is something you'll be thinking about: