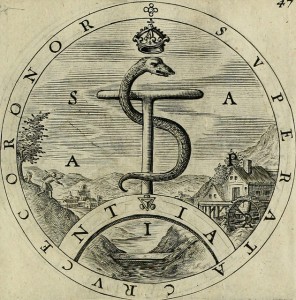 We count on doctors to give us the right diagnosis and prescriptions for our illnesses, and are grateful when they do. The wrong answers and medications could either make our problems worse or just mask the illness by relieving our symptoms.

Dr Mark Hyman is the Director the Cleveland Clinic Center for Functional Medicine. He and his team of doctors and researchers are working for the transformation of medical education and practice that they hope will change our understanding and treatment of disease. He believes medicine of the future will not be about directly treating illness. Instead, he says it will be about creating health.

While I don’t know how far his approach to “oil changes” etc. for good nutrition will go to transform health care, I’m intrigued with a parallel that focuses on good health as a way of treating another level of illness.

Seems to me that this is how revolutionary the Gospel of Christ sounded to a man who had spent the first part of his life believing that an understanding and compliance with the Law of Moses was the solution to our spiritual and social ills. Paul described a transformed approach to “old assumptions” and a new approach to spirituality when he wrote,

But whenever someone turns to the Lord, the veil is taken away. For the Lord is the Spirit, and wherever the Spirit of the Lord is, there is freedom. So all of us who have had that veil removed can see and reflect the glory of the Lord. And the Lord—who is the Spirit—makes us more and more like him as we are changed into his glorious image. (2Cor 3:16-18 NLT).

« Previous: Origins and Outcomes Next: The Cup Jesus Drank for Us »
Vote on whether you think this post is something you'll be thinking about: