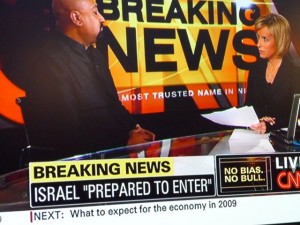 The resurgent nationalism that is testing international relationships and putting the brakes on globalism is a form of naturalism. It is normal and natural for us to have a protective family-like interest and love for our homeland.

But what kind of nationalism and naturalism serve the common good? And to what extent do they affect our dual citizenship and loyalty to Christ?

Miriam Webster defines nationalism as: a feeling that people have of being loyal to and proud of their country often with the belief that it is better and more important than other countries.

The same dictionary defines naturalism as:  action, inclination, or thought based only on natural desires and instincts.

Webster defines a kingdom as:  a country whose ruler is a king or queen or the spiritual world of which God is king.

As king of the Jews, and ultimately of a new world order Jesus said to a people long focused on their own Jewish nationalism, “If it is by the finger of God that I cast out demons, then the kingdom of God has come upon you” (Luke 11:20). On another occasion, when religious leaders asked him, “When will the Kingdom of God come?,” Jesus replied, “The Kingdom of God can’t be detected by visible signs. You won’t be able to say, ‘Here it is! ’ or ‘It’s over there! ’ For the Kingdom of God is already among you” (Luke 17:20-21).

And yet, “Because the people of Israel were thinking that their long awaited restoration as a nation was about to happen, Jesus told them a story to correct the impression that the Kingdom of God would begin right away” (Luke 19:11).

In his letter to people living in the shadow of the Empire, Paul wrote, “For the Kingdom of God is not a matter of what we eat or drink, but of living a life of goodness and peace and joy in the Holy Spirit?” (Rom 14:17).

To followers of Christ in Colosse, Paul wrote that God “has rescued us from the kingdom of darkness and transferred us into the Kingdom of his dear Son, who purchased our freedom and forgave our sins (Col 1:13-14). Paul wrote that just before repeating and declaring that Christ is the visible image of the invisible God (v15).

That’s just some of the background that needs to be considered in light of our understanding of a nationalism that amounts to—a feeling we have of being loyal to and proud of our own homeland often with the belief that our country is better and more important than other countries.

How far can we go, as citizens of Christ’s kingdom— on action, inclination, or thought based on our own natural desires and instincts?

« Previous: Our Father’s Business Next: How We Look »
Vote on whether you think this post is something you'll be thinking about: