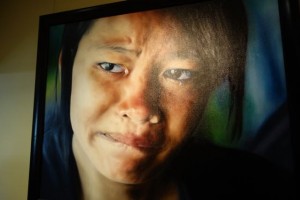 There are different kinds of glory.

As the Olympic games of Rio played out, many of us saw glory in the glowing eyes of those who won the honor of standing on a podium, with a gold medal around their neck, and their national anthem playing in the background.

Jesus reflected a different glory when he was lifted up on a cross to say “Father, “Forgive them for they don’t know what they are doing.”

In that moment, the one who wanted our first parents to think that our God is not as good, or as honorable, or as trustworthy as they thought—was defeated.

« Previous: A Certain Kind of Love Next: Hope »
Vote on whether you think this post is something you'll be thinking about: