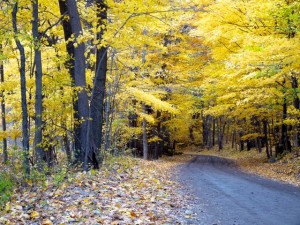 Spirituality may be more widely regarded than sectarianism, denominationalism, churchism, or organized religion of any kind.

Definitions and articles on the subject describe it as a sense of connection to something beyond our material selves from which we draw our source of meaning and purpose in this world.

For many of us who grew up in the church, spirituality was regarded as a dangerous, undefined subjectivism and door to spiritual forces waging a war against the one true God.

For others, spirituality became a bridge and signpost to sanity— as in AA. An inner spiritual willingness to find connection with anything beyond self-soothing madness was the first step of the way back.

With a suspicion that GK Chesterton was on to something when, in his classic “Orthodoxy”, he suggested that dislocated and unconnected virtue (i.e. commitment to the truth) may do more harm than vice, I wish we could consider together the nature of spirituality as it relates to our own knowledge, belief, and faith.

Let’s think of spirituality as a personal inner sense of connection to our own Source. Is it possible that one of the dangers of “organized religion” is that “goodness, love, kindness, faithfulness, patience, etc” become objectified, canonized, and eventually lost in our dissected commitment to “the word”, “the truth,” “the knowledge,” “the right doctrine, and “the faith” we are trying to defend?

In Jesus’s name, and for Jesus’s sake, is there a spirituality that refreshingly animates us when we are “true” to the Christ and Lord— of whom our Bibles speak?

« Previous: Perspective Next: Thanksgiving for Better or Worse »
Vote on whether you think this post is something you'll be thinking about: