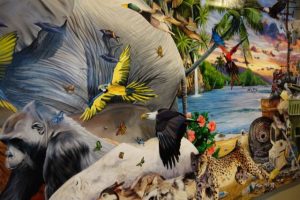 “No eye has seen, no ear has heard, and no mind has imagined what God has prepared for those who love him.”

Here Paul seems to give us a loose quote of prophets who saw that God has unimaginable plans for humanity (1Cor 2:9) (Isa 64:3-4). Yet even Isaiah and others could not conceive of what had been revealed to Paul’s readers—that the God of gods had allowed himself to be lifted and nailed, like a rag doll, to an executioners cross. (1Cor 2:8-10).

But does that mean there is nothing left to see? Or is there a childlike wonder waiting for us in a letter that connects the dots between Paul’s obsession with the Cross, the love he describes in chapter 13, and his belief that whatever we now see of the goodness of God— “we see through a glass darkly” (1Cor 13:11-13)?

« Previous: Unimaginable— Part 1 Next: This is my Body »
Vote on whether you think this post is something you'll be thinking about: