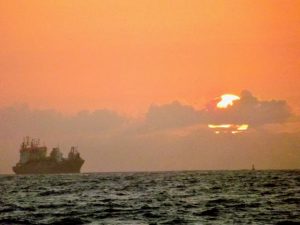 A friend recently called my attention to a book titled “Testaments of Love, a study of love in the Bible.” It was published in 1981 and written by well-known Australian author, Leon Morris.

Even though the book is heavily footnoted  I am impressed not only with its clarity— but also that it may be the book I didn’t realize I was looking for over the last 20 or so years.

Early on, Morris asks a question we’ve found ourselves thinking about together: “How do we harmonize the assurance that “God is love” with the assertion that “Our God is a consuming fire?”

Interestingly, the author doesn’t spend time answering that question directly except in a footnote about half way through his almost 300 page findings. There, all but buried on the bottom of page 136, he recalls how the British theologian, John W Stott, had observed that God in his love has found a way to expose our wrongs (because he is light) and to consume them (because he is fire) without destroying the sinner, but rather saving him.” (The Epistles of John pp160-161)

(On that point, we’ve seen that nowhere is our wild-eyed evil exposed more nakedly and consumingly than in our role in Jesus’s crucifixion)

On the next page, Morris quotes another theologian by the name of C.H. Dodd who concludes that when we say “God loves” we are saying something similar to the fact that “God creates,” “God rules,” and “God judges”. “But to say ‘God is love’ implies that all His activity is loving activity. If he creates, He creates in love; if He rules, He rules in love; if He judges, He judges in love. All that He does is the expression of His nature, which is— to love.”

I’m finding these thoughts to be far more than “scholar talk.” Coming to know the burning heart of our Father is especially important in light of our attempts to reconcile the way God thinks about us— and our wrongs.

Yes—in the crucifixion of Christ our God has thrown a light on our sin. And through the work of his Spirit in us, like a burning fire, he is slowly consuming our self-centered obsessions and letting us peek above them in love— for the God who loves us— for one another— and for the world for which Jesus died.

Is there any way to over-emphasize the wonder of a fire and love that burns like that?

« Previous: Between the Lines Next: The Sniff Test »
Vote on whether you think this post is something you'll be thinking about: