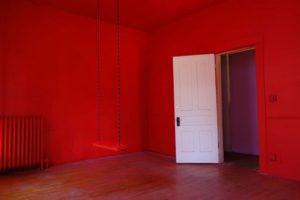 Why did Jesus give thoughtful people so many reasons to doubt and reject him?

Many of us overlook things he said and did that were outrageous—in his day. Yet to whatever extent we can think like those who feared and resented him, we too may begin to feel some of the ridiculous drama of someone who— seemed to live by his own facts and alternative sense of reality.

No wonder people of his day disagreed among themselves about whether he was a good man or someone who was tricking and deceiving the gullible. In so many ways Jesus sounded like someone we teach our children to distrust. He offered candy to people of childlike minds and promised the world to the poor.

He said he was from heaven. Everyone knew he was from Nazareth. He talked as if he could do no wrong, yet ye attracted the worst sorts of people. He claimed to understand Moses and God while saying that unless people ate his flesh and drank his blood they could have no part of him. No wonder so many of those who wanted to believe in him—simply couldn’t.

Even today, honest people have reasons to wonder. Jesus didn’t read the Scriptures the way we are taught to literally read them. He had what we might be inclined to call—the gall—of saying that if people believed in Moses, they would believe in him, and that if they didn’t believe in him, neither did they believe Moses.

Even though Jesus likened himself to so much of what we call our world, he— and those who claimed to speak for him— seemed to know that they were talking about something so different.

And I’m thinking that’s just the beginning. Fill in the blank. Jesus said, “like a……” but not like any …….. we’ve ever seen before.

So how then do we explain our fascination with him?  And why do we wish everyone would just believe in and trust him? Is it because when he says “…………….”, we believe and trust that he’s thinking of something—far better than we are?

« Previous: One Last Drink Next: Glory! »
Vote on whether you think this post is something you'll be thinking about: