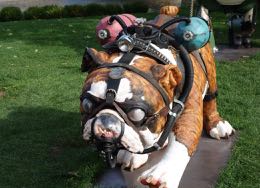 I’ve been reading a book about the effects and treatment of trauma titled, “The Body Keeps the Score.” Written by psychiatric researcher, Bessel Van Der Kolk, it describes how different parts of our brain need to work together to help us avoid and survive danger.

In general terms, Van Der Kolk describes at great length how regions of the brain stem help us sense and react to a threat even without thought. Areas of the brain’s frontal lobes help us process past experiences enabling us to see that life is more than our worst moments and greatest fears.

At best, these regions of the brain work together. At worst, trauma results in body-memory overload. With no conscious thought, our embodied minds go into fight, flight, or freeze modes in awkward and unhelpful moments—even at the hint of a past injury. This appears to be one of the reasons that hurt people like us tend to hurt one another in ways that we often don’t see or understand. Our embodied minds have a way of “remembering” sights, smells, and settings of trauma at subconscious levels.

Transition: Seems to me that original sin resulted in trauma and chaos that lingered far beyond our first parents’ loss of innocence.

Question: Do our Bibles allude to consequences that our embodied minds remember better than we do?

First example: At the first giving of the law the Lord God tells his people that, when it comes to the temptation to worship other gods, he is a Jealous God who will visit the sins of the parents on their children to of those who reject him, while showing great enduring love to those who are true to him (Exo 20:5-6).

Second example: At the second giving of an already broken Law, the Lord God, reverses the order and degree of his emphasis. This time he expresses how slow he is to anger and how merciful, compassionate he is to those who sin— while still reminding them that children will be affected by the choices of their parents and grandparents (Exodus 34:6-7).

Third example: A thousand years later, in the days of Ezekiel, the prophet hears the LORD say it is time to stop talking about how children are affected by “the sins of the Fathers” (Ezekiel 18:1-2). Now the focus is on the choice of the individual rather than on the predisposing influence of ancestors.

Fourth example: When Jesus came his disciples asked him about a blind man, saying, “Who sinned, this man, or his parents?” Without denying the sin of either the man or his parents, Jesus said, “Neither”…”This happened so the power of God could be seen in him.” (John 9:2-3).

Seems to me that, at the very least, these varying and maybe even seemingly contradictory statements each —like the varying regions of our own brains, are intended to work together to help us avoid hurting ourselves and one another…

Could it be that the first, looking forward, says to U.S. and  to A.L.L. there are a lot of implications of real trauma wrapped up in the choices we make. (Rather than thinking a personal choice is just a personal choice.) (Exo 20:5-6)

The third tells us that there is a time for U.S. and for  A.L.L. to say, “It’s time for us to make our own decisions. (Rather than thoughtlessly doing to others what has been done to us). (Ezekiel 18:1-2)

The fourth enables U.S. and A.L.L. to say, there’s far more hope for U.S. and A.L.L. (in living with the trauma of our broken lives– now, and in the life to come) than we ever dreamed possible. (Rather than just trying to make up our own minds— to stop hurting one another­ on our own). (John 9:2)

P.S. Yeh, this is a bit much to absorb… But since it builds on what we’ve already been considering, am hoping it might be worthwhile for those who have the time and inclination to wade in with me :-)…

« Previous: The Curse Next: Caring too Much »
Vote on whether you think this post is something you'll be thinking about: