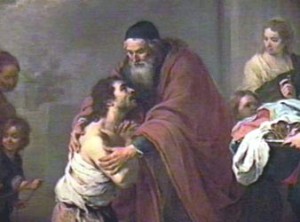 When faced with unspeakable evil and terror, it’s probably important to remember that the first move into our darkness was not a good God’s judgment of sin. It was the Accuser’s shrewdness in leading our first parents to see a forbidden tree as evidence of God’s self-centeredness.

The Accuser never stops accusing God— or us— or our own flesh and blood.

« Previous: Acts of God—2 Next: Why? »
Vote on whether you think this post is something you'll be thinking about: