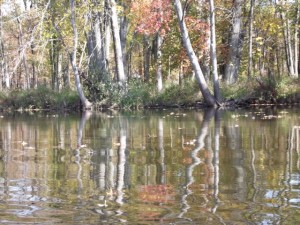 With the release of the Kennedy Assassination Papers, we may find ourselves in the mirror.

Am wondering whether every culture has its own examples of tragic events that divide citizens between those who believe the official story, and those who don’t.

What is apparent, is that alternative versions of “the truth” have been around from the beginning. According to Genesis, conspiracy theories seem to have born with the leak that our Father is not as good as he wants us to believe.

We refer to that source by different names. The Accuser. The Great Deceiver. The Father of Lies. The Enemy of our souls.

However we refer to him, he seems to be trapped in his own version of the truth. Why else would he inspire Judas to betray Jesus? If The Deceiver isn’t the most deceived of all, why— after all that had already happened— would he walk into such a sting?

Look at what the most tragic of all deaths says about purposes, tactics, and self-deception of the rebellion— and about the heart of the One who has come to our rescue! What exposes our inherited resistance to our Father more than our family’s unwitting determination to kill him? What exposes the heart of our Father more than what he let us do… to assure us that he still loves us?

And now… In the fog of national and personal circumstance, what can we learn from history’s ultimate smoking gun? Can the story of what really happened on that Passover night, help us see what might actually be going on behind the scenes of the tragic events in our own lives?

« Previous: Why? Next: On Wikileak Sea »
Vote on whether you think this post is something you'll be thinking about: