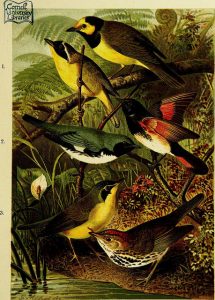 I have friends who like snakes and know a lot about them. They see them as amazing creatures with an important role in the food chain of insect and rodent control.

I feel about snakes the way I do about poison ivy. That’s what I  bring to the strange-sounding words of Jesus when he says,

“As Moses lifted up the bronze snake on a pole in the wilderness (Numbers 21:9), so the Son of Man must be lifted up (John 12:32-34) so that everyone who believes in him will have eternal life. For this is how God loved the world: He gave his one and only Son so that everyone who believes in him will not perish but have eternal life. God sent his Son into the world not to judge the world, but to save the world through him” (John 3:14-17).

Here, so close to some of the most loved words of the Bible, we get the story of a bronze snake. Cast in the snakebitten fears of a wild wilderness, it’s part of the rich background of Jesus’s acknowledgment that he will soon die by the hands and demands of those who regard him as a creature to be feared, hated, and killed (Genesis 3:15).

Who could have predicted the outcome? Who could have guessed that the deceiver would accept such a role in his own exposure and demise?

Who could have foreseen that the Last Adam would allow himself to be seen as a Snake— to defeat the Father of lies in a way that would show that our eternal Father is infinitely better than hearts like ours, and those we love— need him to be.

« Previous: Epiphany Next: Believe it or Not »
Vote on whether you think this post is something you'll be thinking about: