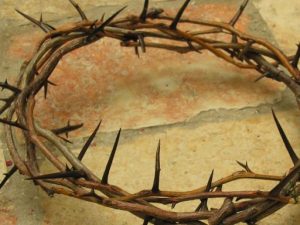 As much as I don’t like snakes… one more thought.

In the Garden, the fiction sounded believable. The words, logic, and appearance of the Serpent—  encouraged trust rather than alarm.

The prelude to the sequel is easy to forget. An embittered enemy, disguised in the appearance of a pre-cursed creature, seemed to offer a better hope than the Gardener.

The confusion that followed is history, here, and now.

The misunderstanding shows up not only when a rescued family thinks their Father has led them into the wilderness to kill them— and not only when the Gardener allows himself to be lifted up like a snake in the wilderness— but whenever our God asks us to lovingly trust him more than our own eyes… and the lies.

« Previous: Surprised by a Snake Next: All things New »
Vote on whether you think this post is something you'll be thinking about: