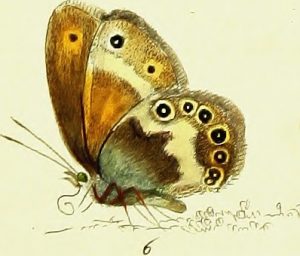 While thinking about some of the last words of the Lamb in the 21st chapter of Revelation, I found a quote from Terrance Klein in America… The Jesuit Review”.

Klein writes of a well-known American actor and filmmaker, “He has many critics, as a man and a moviemaker, but in his movie “The Passion of the Christ” (2004) Mel Gibson reset a line of Scripture, and, in that act of artistry, revealed the deepest of truths. Here’s the scene. Mary sees her son Jesus fall under the weight of his cross. She remembers running to her child when he fell. Despite the crowd and his captors, she races to her adult son. Raising his bloodied face from the earth, she offers the greatest of comfort, though it is only the words, “I am here.”

Jesus sees her, and Mr. Gibson moves a line from the Book of Revelation to this encounter. Panting, Christ responds, ‘See, Mother, I make all things new.’ That’s nothing less than inspired.” End of Quote.

Lexicon’s of first-century Greek language point out that the word translated “new” in Revelation 21:5 carries the idea of “refreshing.” Rather than referring to something that has not been before, it implies something or someone that has been made better than the old.

Am guessing that, between what the story of the Lamb tells us about the heart of our God and what the world he enchants does with a “worm”— it will be a refreshing beyond our wildest hopes and dreams.

« Previous: Believe it or Not Next: The Rule of Law »
Vote on whether you think this post is something you'll be thinking about: