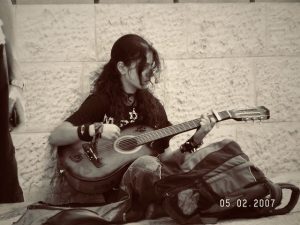 In the early 1960s, Bob Dylan got into the heads and hearts of his generation with a series of thoughtful questions… and conclusion that “the answer my friend is blowin’ in the wind…”

Maybe he was saying more than he realized…

Jesus promised answers that would come with the wind…

But before going there, and in light of our last post and the conversation that followed…

Knowing our history, I’m quite sure that, with a few questions to clarify the issues, and by double-checking our sources, most of us would be relieved to agree that when Jesus signed a New Covenant in his own blood— he allowed the covenant of Moses to expire (making it obsolete) (Hebrews 8:13).

I think we’d also agree that the Son did this to release us from the condemnation of broken laws, to bind us to himself, to bring us to his Father, and to free us in a Spirit of love, joy, peace, patience, kindness, goodness, faithfulness, gentleness, and self-control of his Spirit (Galatians 5:22-26).

The result was a new day—and a new way.

So let’s keep moving. I’m intrigued with what Jesus meant when he said that, in his physical absence, he was going to send his Spirit for at least three reasons:

The first had to do with a new way to understand our sin, the second a new way to fulfill the spirit of the Law, and a third to help us understand how the one who led us into all malice and mayhem has been defeated. (John 16:5-11)

Am probably missing a lot. But here’s my take. Seems like our Teacher was telling us that he would send his Spirit to help us realize that (1) the world’s biggest and most costly mistake now is not one of the countless moral issues we could make an issue of— but rather not believing in and trusting him; (2) that in his absence the Spirit would now lead us in the ways of his love, joy peace, patience…; and (3) that in his suffering and death Jesus exposed the original lie of an Enemy who didn’t want us to believe that our Creator only wants the best for us.

Does any of this resonate with you? Anything that doesn’t?

« Previous: Unhitched and Irresistible Next: Mercy »
Vote on whether you think this post is something you'll be thinking about: