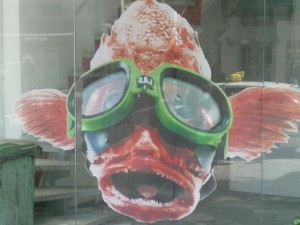 Jonah, bro, what are we thinking?

In sport being chosen can be about making the team. In employment it may involve making it into and beyond a final group of applicants.

Being chosen or not can be so personal. When we’re the one brought in— or left out, it can seem like it’s all about us.  Up close, it sometimes is.  But stepping back “the call” can be for the sake of others.

From Genesis to Malachi it was the unlikely family story of Abraham and Sarah, then Jacob and wives—  to be a chosen bloodline— for the good of all (Genesis 12:1-3)… followed by the Matthew to Revelation sequel of another chosen group— supposedly for the good of all.

Could it be a bad dream that the favored sons and daughters of Jacob’s family-group began to see people of other nations not only as dogs, but as dirty dogs?  And in the ongoing story of Jesus, have self-identifying followers really given “Samaritans” reason to take Jesus over “Christians” any day– if Christians didn’t give them so many second thoughts about Jesus?

Which brings us to—the Elect and Chosen Son– who gave us another way of thinking about what it means to be “chosen”.  After calling out Temple leaders for turning his Father’s House—that was supposed to be a sanctuary of prayer for all nations—into a den of thieves… he gave chosen people reason to think of themselves as the new Temple.. and…not to forget,.. that God once lovingly told his chosen that they made Samaritans look good by comparison (Ezekiel 16:46-53) (Luke 10:30-37).

Oh, Jonah, bro! What am I thinking? What have we missed? Could it have something to do with what Moses and Paul were feeling when they said that if God didn’t do for others what he had done for them, they didn’t want the privilege– or the job (Exodus 32:31-32) (Romans 9:1-3).

« Previous: Quote Unquote 2.0 Next: The Politics of Jesus and Paul »
Vote on whether you think this post is something you'll be thinking about: