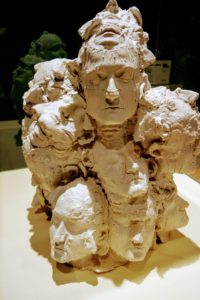 Early on we learn that religion and politics are two subjects that intrigue, animate, identify and divide us.

Neither is easy to avoid in a world that is at the same time so material and spiritual.

We are drawn into politics by real issues that tend to leave us with the impression that all of life boils down to which person or party controls the economics of our health, wealth, and freedom.

Religion on the other hand whispers to us in ways that remind us that money isn’t everything. So voting or fighting to protect our “pocket book” could raise issues of how to read the “the good book” into the business of living.

Spiritual concerns turn out to be just as important as money matters since survivability depends not only on the condition of our bodies and bank accounts but also on the health of our minds and hearts.

As a result nothing is as simple or complex as we’d like to think. The closer we look, we discover the spiritual side of our politics and the political dimensions of our spirituality.

So unless whatever book, teacher, God or gods we use for our spirituality can transform our approach to religion and politics into something good for one another—in our differences— maybe we are wise to avoid them in polite and good natured company.

Jesus spent his last days talking religion and politics (Acts 1:3).  So did Paul. In the shadow of Rome, Caesar, and Herod,  both used some of their last words to talk about the kingdom of God (Acts 28:23-31).

Seems to me that within the bigger story of God, gods, empires, Jesus and Paul, it does matter who rules– and how, who stands with or against them– and how— at whose expense– and how much.

« Previous: Chosen Next: TPOJAP #2 »
Vote on whether you think this post is something you'll be thinking about: