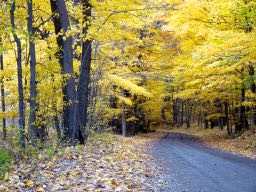 I don’t know whether what I’m about to say is right, or true. But I’ve come to a place where I don’t know how it couldn’t be.

Many of us believe the Bible is inspired, a gift from God, containing words that give us meaning and hope, important for every moment in life—and yet subject to so many— often completely different interpretations, applications, or implications.

Almost any “proof text” can be read in ways that allow different groups to explain it in light of their own shared beliefs and assumptions.

From the first words of Genesis to the last chapter of Revelation such differences extend from how we understand the “days” of creation—to what Jesus means when he says, “I warn everyone who hears the words of the prophecy of this book: if anyone adds to them, God will add to that person the plagues described in this book; if anyone takes away from the words of the book of this prophecy, God will take away that person’s share in the tree of life and in the holy city, which are described in this book. The one who testifies to these things says, “Surely I am coming soon.”

I don’t know how to explain those words.

But here’s what I’m thinking, can no longer avoid, and want so much to believe. The reason even a child can love Jesus as much if not more than a group of scholars who disagree about what he or the Bible says and means, is that even a child can trust the heart of Someone who, as The Story goes, does the kinds of things Jesus did.

P.S. This, I believe, is why it is so important to imagine and then consider a range of possible interpretations that might surface one that is— or many that are— true to the God who bears the weight of our wrongs to bring us to himself.

« Previous: Imagine! Next: Implications »
Vote on whether you think this post is something you'll be thinking about: